Posted at 05:26h in News by Forrest Private Wealth

There were very few surprises (which is a good thing!) as the new Government stuck to its pre-election promises on childcare, aged care and paid parental leave. They also took the opportunity in the October Federal Budget to provide clarity on the progress of certain unlegislated proposals announced in previous budgets.

The Budget features several measures that will impact our advice for both pre and post retiree clients, including aged care clients, and these measures are the focus of our summary.

It is important to note that at this time the proposed measures are not yet law and could change through implementation. Outlined below are some of the key items and how they may affect our advice going forward.

Expanding eligibility age for downsizer contributions to 55 and over

Downsizer contributions provide an opportunity for eligible individuals to contribute up to $300,000 to superannuation upon the sale of an eligible main residence. From 1 July 2018 until 30 June 2022 the eligibility age was 65. From 1 July 2022 this changed to age 60.

On 3 August 2022, the Government introduced Treasury Laws Amendment (2022 Measures No. 2) Bill 2022 into Parliament, which if legislated, will ensure that the minimum qualifying age for downsizer contributions will be reduced to age 55.

The Government reaffirmed its commitment to this proposal in the Federal Budget.

This measure will take effect from the first quarter after passing into law, which is expected to be 1 January 2023.

FPW tip: New contribution opportunities arise with the age reduction to 55 for downsizer contributions. Downsizer contributions must be made within 90 days after settlement. This means that the date the contract of sale is settled does not need to be after the commencement date of the measure. For example, in the event of a 1 January start date, an individual aged 55 who settled their house on budget night, would be within the 90 day cut off date to make an eligible downsizer contribution from 1 January.

Currently, Superannuation Guarantee (SG) is 10.5%. It is legislated to increase by 0.5% at the start of each financial year from here on in until it reaches 12% on 1 July 2025. There is no change to the legislated increase of SG.

FPW tip: For those not already making additional contributions to super, this legislation provides their retirement pot a much-needed boost throughout their remaining working life. For many this still will not be enough. Sacrificing a small component of your salary now, can have a meaningful impact on your eventual retirement. If you’re not already, contact us to see the impact a small change can make.

There was no announcement in relation to extending the halving of the SIS minimums beyond the 2022-23 financial year in relation to eligible income streams such as account-based pensions and market linked pensions.

FPW tip: Halving of minimum pensions over the last few years has allowed many to preserve their pension account balance. A higher drawdown places a higher onus on pension liquidity. For those who have taken advantage during this period to hold higher share exposures, care needs to be done where such positions need to be unwound in the current market.

The stage 3 tax cuts were introduced as part of the previous Government’s personal income tax reform. The cuts will remove the 37% income band and increase the higher threshold in the 45% income band from $180,000 to $200,000. The applicable rate on the 32.5% income band will also reduce to 30%.

Despite the ongoing debate about deferring or cancelling the stage 3 tax cuts, this measure will go ahead in accordance with the legislated timetable from 1 July 2024.

The table below summaries the current personal tax rates and the changes from 1 July 2024:

The Government recommitted to extending the exemption period for proceeds from selling the principal home to purchase or build another home. Specifically,

FPW Tip: Centrelink clients transitioning between homes will have greater flexibility and potentially a reduced impact on their entitlements. Those clients that have already sold their home should consider whether the new rules can apply to their situation.

The Government is providing an immediate one-off increase to an eligible pensioner’s Work Bonus income bank of $4,000 during 2022-23. This will increase the maximum unused income bank this financial year to $11,800 from $7,800 and will allow pensioners to work more hours without affecting their pension.

These changes will not affect the existing application of the $300 fortnightly Work Bonus. Instead, the changes will provide an immediate $4,000 increase to the income bank of all eligible pensioners. This will allow eligible pensioners to have an extra $4,000 of income from work immediately disregarded from the income test, rather than having to accumulate a balance over time.

The following table outlines the impact on clients (assuming no change to their client scenario):

*Assumes a nil balance in the Work Bonus income bank before this change.

FPW Tip: For income tested clients (eligible for the Work Bonus), those earning:

The Government recommitted to increasing the income thresholds for the Commonwealth Seniors Health Card from:

Benefits of the CSHC include:

FPW Tip: Self-funded retirees who don’t hold the CSHC should review their eligibility under the new income limits. Those that become eligible can start taking advantage of all the benefits associated with the card.

This proposed measure had not been legislated. The Government announced that they will not proceed with this measure.

FPW Tip: With the world opening up post-Covid, this is fantastic news for retiree travellers who want to go away for more than 6 weeks! Europe here we come.

A plan for cheaper medicines

The maximum general co-payment for prescriptions under the Pharmaceutical Benefits Scheme (PBS) will reduce to $30 per script (down from $42.50) for general patients.

Under the PBS, the Government subsidises the cost of PBS medicines and individuals make a co-payment towards the cost. In some cases, individuals may pay more than the co-payment. The scheme is generally available to all Australian residents who hold a current Medicare card.

Once an individual or their family pays a certain amount on PBS medicines (known as the PBS Safety Net threshold) the co-payment for PBS medicines is reduced ($6.80 per script for general patients).

FPW Tip: It is estimated that someone taking one medication a month could save up to $150 pa (two medications = $300 and three medications = $450 pa). Reducing the co-payment to $30 per script does not assist concession card holders (they currently pay $6.80 per script and then free once the PBS safety net is attained).

The Government will increase the number of weeks of paid Parental Leave Pay (PLP) by two weeks each 1 July, until it reaches a total of 26 weeks.

The following table illustrates the progressive increase in the number of weeks of PLP:

Currently, PLP includes a continuous payment of up to 12 weeks and an additional six weeks of flexible leave, which must be used within two years of the child’s birth or adoption. PLP is a taxable payment of $812.45 per week (based on the national minimum wage).

The Government will introduce the following measures to increase PLP flexibility:

A new family income test will be introduced for PLP. An individual will be able to qualify for PLP if either:

The reference year for the income test is the financial year before the earlier of:

FPW Tip: Clients with a newborn or newly adopted child should consider entitlement to PLP. The increased number of weeks and flexibility will assist the primary carer with returning to work.

The amount of subsidised childcare that can be accessed per fortnight applies to each child and depends on:

FPW Tip: Higher subsidies will reduce the cost of childcare for eligible families. The Government estimates that:

GET FINANCIAL FREEDOM & SECURITY. IT ALL STARTS WITH A COFFEE...    BOOK A FREE VIRTUAL COFFEE  > 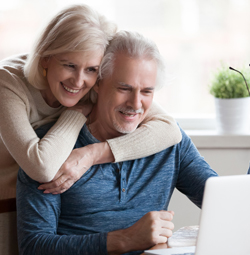 Get financial freedom and security.

It all starts with a coffee...